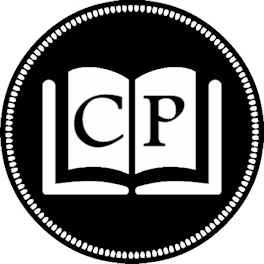 Although well established and fairly well-known as a publisher of coin related books, the name ‘Rotographic’ actually came about in the late 1950s when Rotographic was strictly a printing firm that carried out printing jobs for local businesses. Not many people know that it was originally made up from the ‘roto’ of rotogravure and the ‘graphic’ of lithographic, two old printing terms.

We thought a name change was probably well over-due and that a new name that better reflects the main book themes right now and not what the founder did sixty years ago would be advantageous.

It had to be something easy to remember, something obvious and something that no one else on the planet is already using. There were many ideas, some of them were silly, some of them involved obscure coin terms that were clever, but only obvious to the originator of the idea! Some of them required domain names that were either already in use by companies involved in different industries or would have cost 10s of thousands of pounds to acquire (thanks to the recent popularity of crypto currencies and a surge in prices for ‘coin’ related domain names as a result).

After some deliberation ‘Coin Publications’ was decided upon and has been established as a new publishing imprint, which is like a book industry trade name. Most of the publications are coin related, so it’s perfect. Rotographic still exists as the owner of the Coin Publications imprint, and the name Rotographic may be used again on certain books in the future.

For now, all new collectables related publications and re-prints of existing titles will be branded as Coin Publications from 2018 onwards. The current stock of printed books will of course remain branded as ‘Rotographic’ until they sell out. For that reason, and also the fact that there are hundreds of thousands of books out there that feature the old Rotographic website etc, the Rotographic related domain names have been pointed to this fantastic new-look website.

So, here’s to the Coin Publications imprint and the next 60+ years of producing quality coin publications.

Coin Publications produce a range of quality price-guide and reference books, mainly on subjects relating to coins and other collectibles, including medals and banknotes.